It was great to be able to road trip down to a World Cup event, not having to worry about packing the bike or racing to catch a flight. I headed down early Thursday morning with Scott Taylor (of Scottie T Photography, talking a lot about image use and how to be an asset for your sponsors, I learnt a lot and the drive went fast! Felt really excited to be racing my first sprint World Cup, but also very nervous as it was the strongest field I had ever raced against! It was a beautiful Sunday to be racing on, but being coastal there was still plenty of wind around.

Race kicked off at midday, 45 girls on the start line and I was ready for a fast and furious paced race! Got a great start (thanks to all the practice from beach starts at the Stroke& Stride series), unfortunately while I was 2nd to the buoy behind the leader, so was another 3 girls at the same time! I had the inside line and managed to swim/submerge around the buoy and hold my position. This occurred 3 more times before we headed back to the shore. With constant tapping on my feet, I knew there was a lot of girls pushing behind, and was happy to be near the front alongside Helen Jenkins.

It was a long run up the beach and through the transition and the heart rate skyrocketed up.  Managed to knock my helmet off bike while getting the wetsuit off causing heart race to go up a few more beats! Then out, across mount line, jump on, hang on something I need is missing…bike shoe on ground behind me damn! Madly try and avoid oncoming triathletes, receive shoe, put on and click, click and finally click in! Then race off to catch the group that are down the road almost at first turnaround. Pushed hard up first hill and with a few others gained a few seconds back, however with the front group pushing hard we started losing ground. Although I was gutted to miss front pack, the course demanded a lot of concentration so I didn’t have much time to think about it! There were hills, tight corners, barriers, potholes to avoid, and the 20km was over before I knew it. 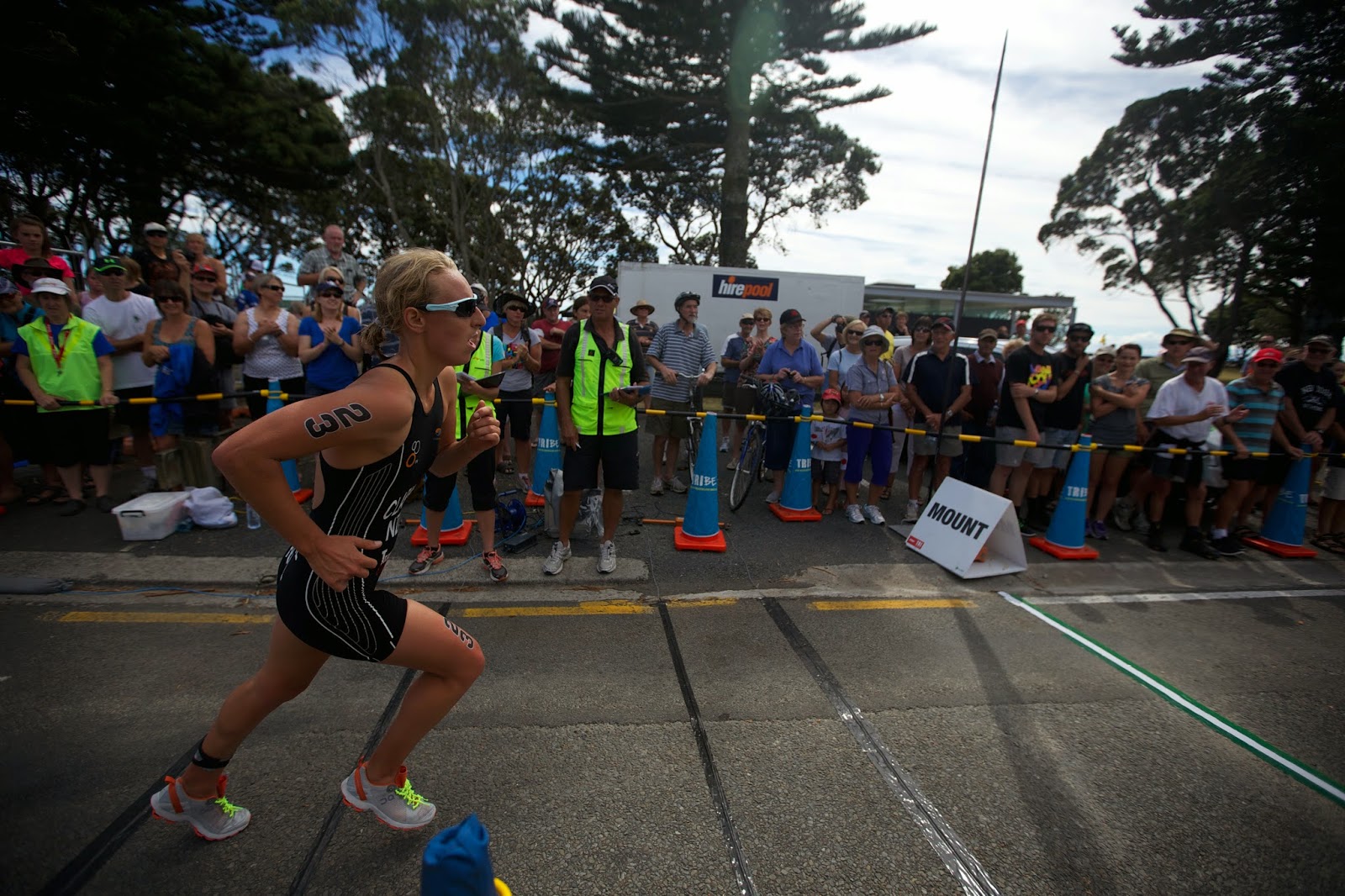 Running out of T2, I felt better than I had all season, not having worked hard in a breakaway I felt more fresh. With 3 laps on the run, I focused purely on my form in the 1st lap, hard to do when you feel you are letting others go but it paid off in the end and I found I paced myself well, feeling stronger on the last lap and could push more without so much fatigue setting in! End result was 29th, was really happy with top 30 in a quality field and my swim, bike, run performance just going to double check those rubber bands for my next race! It was great to have the support of Steve Farrell, Jason Benniman from Triathlete’s Corner and my parents there leading up to and at the race. Thanks to Scottie T for the awesome photos from the race and being a fun road trip buddyJ

A few days after the New Plymouth race I went and picked up my new Cervelo S5 Di2 bike at Pawson Reid Velo (PRV) which had just arrived. Loved using the Cervelo S5 with Ultegra but this was a step up with the Di2 and an even lighter frame! Perfect for the challenging course ahead at Auckland WTS and such a sleek, sexy looking bike! Thanks to Rick and the team at PRV for their support and to Pete from Triathlete’s Corner for the setup. This Sunday is my first World Series race, excited and ready to go!
Posted by Rebecca Clarke at 19:10