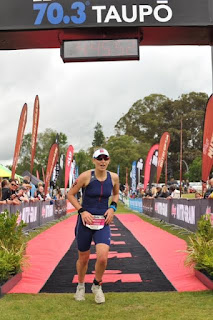 2016 is almost over but it feels like it has been 2 years of drama, changes, and new experiences rolled into one. Reading my last blog post which was several months ago, it is crazy to think that my horrible bike crash was actually this year as life has taken different directions since then. I am so grateful to not have lasting injuries from this crash, just some small scars that fade day by day.

After pouring all my energy into recovering from my foot injury and bike crash to get back to the start line for New Plymouth WC and the Gold Coast WTS, I came to a bit of a roadblock. Post Gold Coast I knew I didn't have the performance I needed to be in contention for Rio. With being out of racing action I knew I wouldn't have enough points to get on the start line for Yokohoma, the final Olympic selection race. The time came to decide on my next move and during a heart to heart with my coach and my parents, and many tears shed I decided I wanted to a break from full time triathlon. In admitting this it also brought a sense of relief. The last few years and especially the previous four months had started to bring more lows than highs. For the last four years I hadn't questioned WHY, or my motivation to get out of bed at 6am to swim 5km, or get up at 6am on Sunday while everyone else is sleeping in to bike 100km. A lot of people would say to me oh your living the dream! It didn't feel like a dream when you were walking around in a moon boot or had stitches in your face! Overall I was mentally and physically exhausted and not enjoying something which had brought me so pleasure and enjoyment in the past. It was time for a new focus and a break from triathlon.

I started work soon after and enjoyed the new focus, being in a routine and a positive work environment as part of a team, interacting with a wide range of personalities. Out of work I was only exercising for fun; no training peaks, no planned training just slowly building my running up post injury, fun swims in the ocean, social rides, and improving my skills on my new mountain bike! I enjoyed more social time, trips away, friends weddings I could attend, sleep ins on Sundays. To some I was probably exercising a lot but for me it was 50% less than what I had been doing. By the end of July after three months of enjoying the new balance in my life I was in a good place. I still wasn't chopping at the bit to be competitive or need to race but I felt I had more motivation and had come to a few realisations. With disappointments, injuries, pressure of full time triathlon I was looking too much at results and not the journey I was on. The WHY of doing triathlon of what gets me to spend hours training was ultimately because I loved it, it challenged me both mentally, physically, the like minded people I meet and to inspire others. 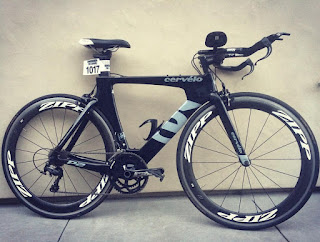 Soon I found myself entering a few events and over August to September I did 3 half marathons, enjoying being back in the race environment. I was really happy to go into the events trusting that my injury had healed and I was healthy. As running was my weakest discipline I focused on this, starting with running coach, Paul Hamblyn in September. I also decided I was ready for to get back into triathlon training albeit with a new focus, the half ironman distance. I decided the home of triathlon in NZ, Taupo was a great place to start. Watching friends compete there in the Ironman and half ironman the town just buzzes and its such a beautiful location to race. First thing I needed was a Time Trial bike! Thanks to PRV for hooking up with my beautiful black beauty machine, the Cervelo P2!

Before spending too much time on this new bike, I flew to Malaysia to compete in something completely different; a multisport race! This involved mountain biking, trail running, kayaking, tubing, team biathlon and mystery tests! The 1st day took 7.5hrs and the next day 4.5hrs, it was tough, very hot and fun!.  I had a few weeks to recover then I competed in my first triathlon since April, the Tinman Triathlon at the Mount. It was the first time I had raced this event and my first on my new TT bike! I went in with no expectations, I was just pumped to be injury free and racing again! I felt strong most of the race until fading in the last 4km, and finished in 3rd. Most of all I enjoyed the race atmosphere, and testing the mind and body.

Taupo 70.3 rolled around quickly, I was nervous but overall felt really calm and excited to race my first half ironman! I had a great swim sitting on multiple Taupo Ironman winner Meredith Kessler's feet, and with my ITU experience was out onto the bike 1st! It was a totally different style of racing, going from drafting in a group of 10-20 girls to a solo 90km! At times I was wondering if I was actually in a race I couldn't see anyone!! My lack of TT preparation showed towards the end, with my back and neck stiff and getting passed by 2 girls just prior to transition. I hopped off in 7th place wondering how I was going to run a half marathon, my legs felt extremely dead! I took the first 10km conservatively and started to feel much better prior to the turnaround at transition. I was given some info that I was catching girls in front so it sparked me up to pick up the pace and see if I could move up a few places, In the next 3km I passed 3 girls and found myself in 4th! After picking up the pace, at about 16km I started to feel quite average and was just praying my body would hold together. Grabbing any fuel I could in the last aid stations and with the support of people cheering in the last few kms I managed to hold my position and cross the line in 4th! I was completely spent at the end but ecstatic to finish my first half and in the top 5!! After racing in countries all over the world it was awesome to be able to race well at home in front of family and friends!

What I learnt from this type of racing is that it is not over until it is over! In ITU athletes races can be decided from a slow T1 or bad swim, however in 70,3 there is a lot more time to make up places, and nutrition, pacing play a bigger role. I look forward to experiencing more of this distance in the future as it has refreshed my mind to focus on further challenging my WHY. I am excited to see how far I can challenge myself with distance, how I can improve, and to enjoy racing events I haven't been able to do. Also to show others even if you have been knocked down several times you can keep trying or try something different. Next up I am racing the POT Half, an event I've wanted to do for several years after being part of a team for the last 5 years. After this I don't have any set triathlon races, I have some different races planned but I'm excited to see what 2017 will bring and for fresh challenges! Hope everyone else has a great end to 2016 and are set to aim for new challenges and goals in 2017!!!


Posted by Rebecca Clarke at 18:09 No comments: