On the 1st March I had my big race of the season so far, the Devonport Oceania Championships held in Devonport, Tasmania. I had previously raced there once before in 2012, however having an undiagnosed hip fracture at the time meant I had to pull out after the bike, so this time I had unfinished business. I really wanted to do well here as my result would determine if I would start in the Auckland WTS race. Things hadn't quite in other races so wanted to put a good performance together here. While I obviously wanted a really good result, I told myself to focus on the small things I could control and my own performance and not worry about anyone else! 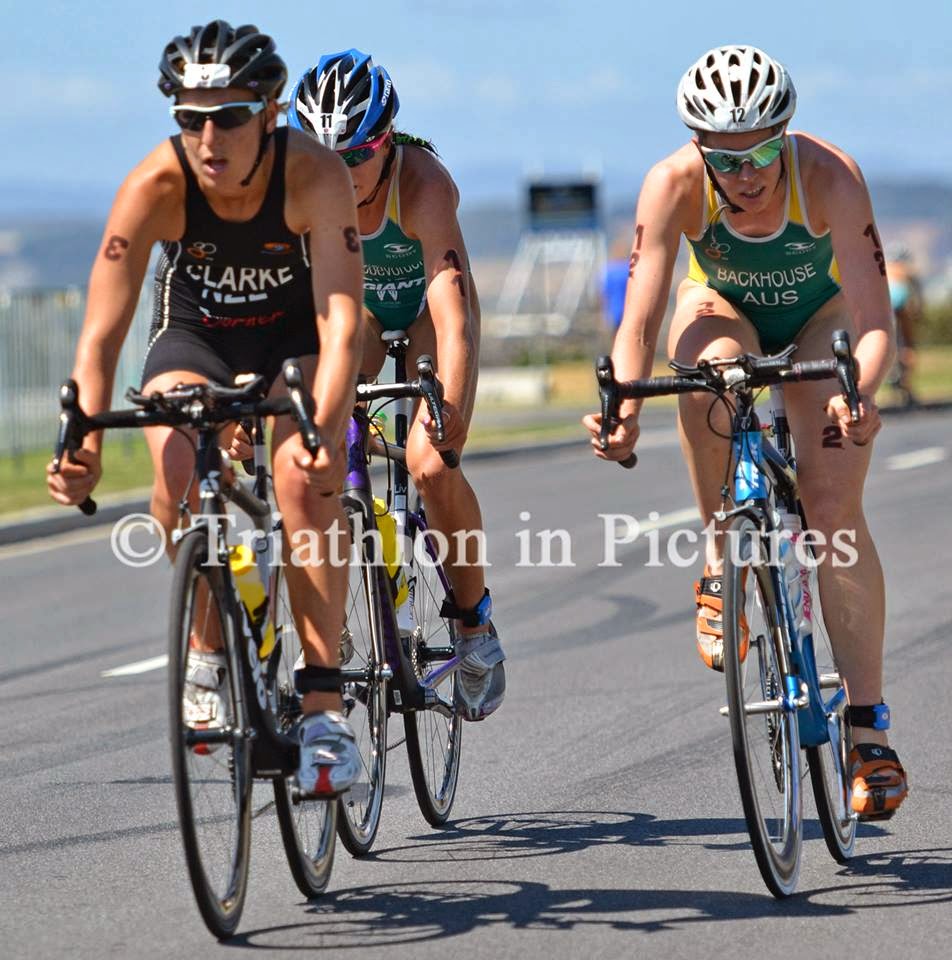 Devonport turned on the weather come race day, and I was ready and excited to race. The sea had a bit of a chop which suited me perfectly. I had a great start and found myself 2nd to the 1st buoy behind Maddison Allen (AUS) and next to Natalie Van Coevorden (AUS), by the end of the 1st lap I saw we had a small gap and was confident we could breakaway. We extended this over the last lap and the 3 of us exited the water together. I had a good transition and was 2nd out after Natalie, who straight away pushed the pace. I made sure I went with her and after a few sips of drink I was ready to push hard to work to get away. We rotated the lead frequently and with the rest of the field in groups of 2-3 strung out behind us it gave me more motivation to get ahead. Each lap of the 6 there was a 400m climb which stung the legs a bit, but I felt strong and was a good chance to gauge how much time you were making on the rest of the field. At lap 3, we were joined by Gillian Backhouse (AUS) which allowed us to push the pace more with more recovery and each time down the hill I could see we were increasing our lead to the chase pack. 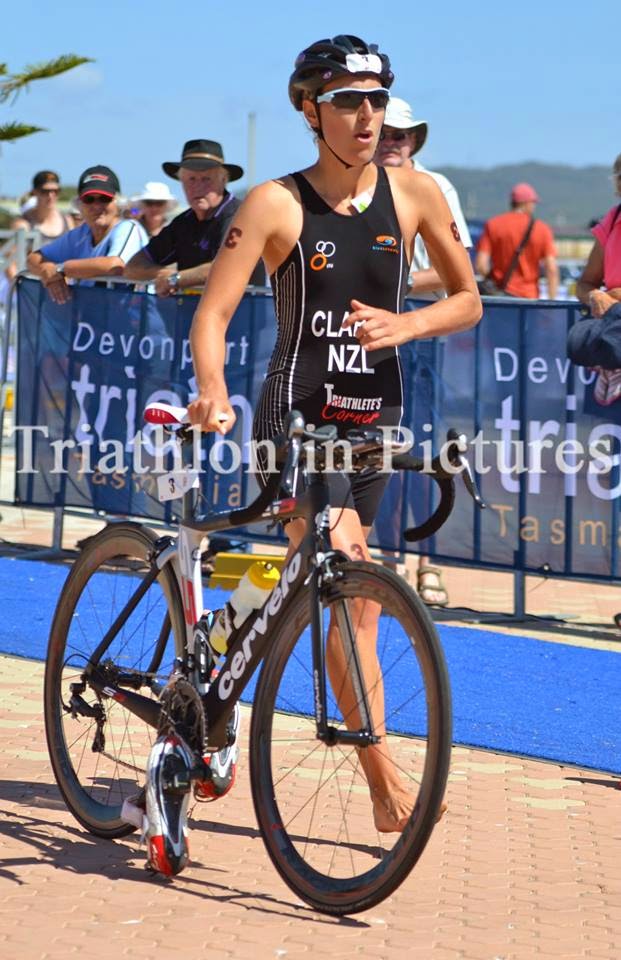 Coming into T2, we had a 2 min lead of the chase pack and I knew I would have to run fast to hold onto a podium as some fast runners were in the chase pack. I ran strongly out of T2 and tried to stick as close as I could to the other two girls, I held a good pace on the 1st lap, but fatigue from pushing on the bike set in and my pace dropped off each lap. Around 5km, a couple of runners from the chase pack caught me and I was fighting for 5th place. Starting the race at 1.15pm meant it was quite hot on the run and I really started to suffered on the last lap. I kept on pushing, determined to make top 5 and be 2nd kiwi home. I was passed with 1km to go by Charlotte McShane (AUS) and the legs had no response. I finished 6th place which I was really pleased with in a quality field and my goal of being finishing in the top 3 of the New Zealand athletes was met. To be fighting for a podium spot in the back end of a race was a good sign for the future and I know with my running things are heading in the right direction, slower than I would like but they are moving!

Thanks to my sponsors, Triathlete's Corner, Blueseventy, Cervelo and PRV for your support and assistance and my coach Steve Farrell. My result moved me into 68th place on the ITU Points List and 5th ranked New Zealander and confirmed my start for Auckland ITU World Series on April 6th,. I am so excited to race my 1st WTS against some of the best female triathletes in the world and in my home city! Before I compete there I have the New Plymouth ITU World Cup this weekend on Sunday 23rd March, the sprint format and top field will provide a fast and tough race and a good hit out before Auckland.

After Devonport I competed in the last race of the Stroke and Stride Series, I was sitting at the top of the leaderboard and a win in the final race meant I would take out the series. In the 1km swim, 4km run I was 1st out of the water and managed to maintain my lead to finish 1st and win the series. The Stroke and Stride Series has been going for 25 years and I have loved competing in this series over the last several seasons and super happy to have won for the 1st time and have my name on the trophy, joining an awesome alumni including Debbie Tanner, Samatha Warriner, Carmel Hanly, Simone Ackermann and Sophie Corbidge. Thanks to Craig and the team for doing such a great job and making it a must do summer event in Auckland.